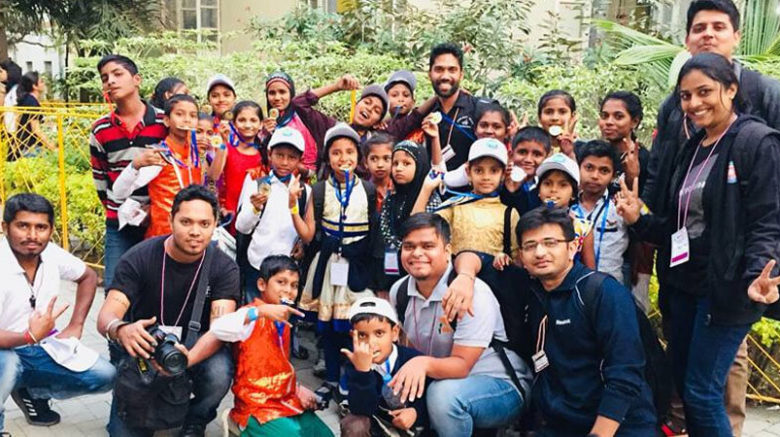 Some gems takes time to shine but a few special ones need time and efforts both to be the unusual ones…Project Gyan is one of SNEH’s initiatives that works in one of the slums of Wakad, Pune. Beneficiaries of this project are from some of the most marginalized families of that community with limited means. At project Gyan SNEH supports them through daily classes that focuses on holistic development of these children along with academics. In January 2017, some of these kids had participated in an inter NGO sports competition. This event happened to be one of the turning point for them as they couldn’t win even one prize and their overconfidence that they were all prepared and will win all the prizes was just thrashed away. From that day, the kids realized the importance of efforts, hard work, persistence and faith in self and work towards building their respective skills. In February 2018, exactly a month later, that participated in an inter NGO competition where these kids shined like never before and every single one won a prize in either Dance, drama, singing, or painting. SNEH Gyan team had taken a lot of efforts and helped the kids develop the necessary skills with so much persistence and honesty that it was unbelievable for their parents as well. A lot of these parents even questioned whether these are the same kids who were looked down upon as brats previously. Project Gyan not only aims at teaching the kids basic concepts of academics, but also tried to prepare the kids for the real life challenges and situations so that they can lead a healthy and fulfilling life ahead.