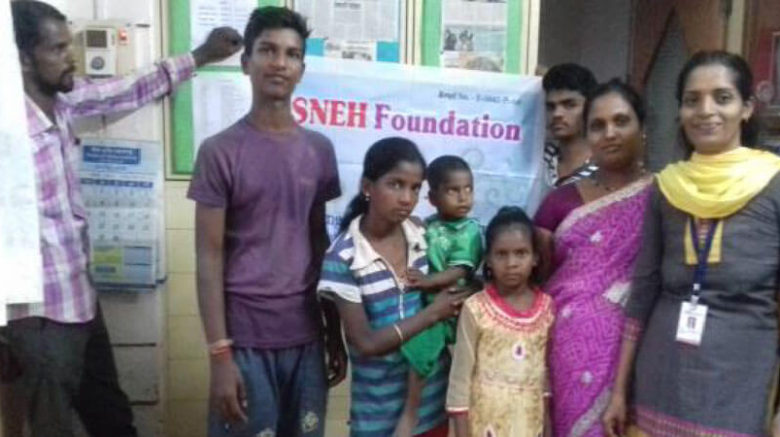 In the slum of Gandhinagar, PCMC, lived a family named Mhetre family, with 5 children along with parents. The family was living in a condition where everyday was a big question on their survival. The father being an alcoholic, didn’t earn a penny. The mother worked hard, although, she couldn’t tolerate the poverty and was overwhelmed with the responsibility of 5 children, an alcoholic husband and earning a living for all 7 of them. After struggling and surviving in this condition for quite some years, she committed suicide in August 2017. The kids, due to sudden shock of their lives, didn’t know what to do and where to go. The father still in the same phase of being severely alcoholic even after his wife’s death was an additional stress for the children. Our community link worker- Mrs. Samina got to know the entire story, and rushed to help them. With careful study of the case, SNEH Foundation decided to rehabilitate the younger kids in an institute where they wouldn’t have to worry about their daily needs along with good health, education and better environment for living. Through the child welfare committee, the three kids namely- Soham (3yrs), Jamuna (7yrs) and Renuka (12yrs) have been rehabilitated in an institute named ‘Maher’ with constant efforts by our social worker Ms. Meenakshi. Close monitoring of the remaining two children aged 16 yrs. and 18 yrs. Is being done by SNEH Foundation.