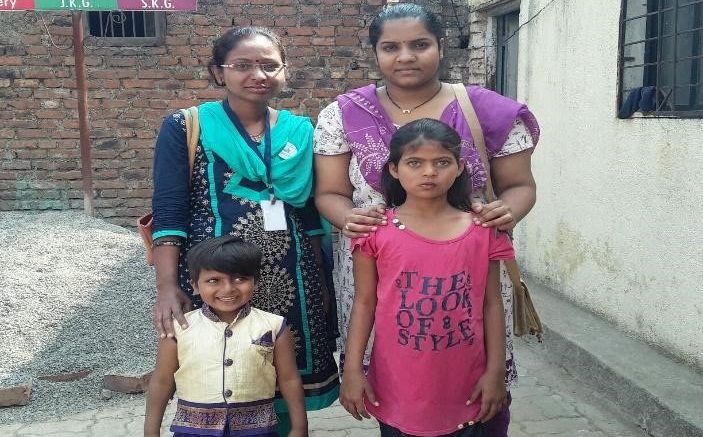 A family with 4 kids having a mother and father who has left the house because of an extra marital affair, was found to be begging on the streets of Shanti nagar, Bhosri. One of the four children is a part of SNEH Foundation’s- Combating malnutrition project. She was given a 15-day NRC treatment to get out of severe malnutrition. After collecting detailed information, it was found that the mother of these four children was living in fatal and harmful condition. Because of the youngest child being just 3 years old, the mother was not able to go out and work. One of the children is studying in SNEH preschool, however, taking of these 4 children and earning a living was a tough task for this single parent. In addition, the decision making was still with the in laws and the relatives from the husband’s family. Our community link worker, Mrs. Shilpa loosely monitored the entire set of incidents and decided to take the children to CWC. With the help of Ms. Shrutika, one of our dedicated social workers, the two children namely Chandni (9yrs) and Ayush (5 yrs), were taken to the child welfare committee and are now rehabilitated in an institute named- Antar Bharti. The rest of the family is being supervised by our community link worker.