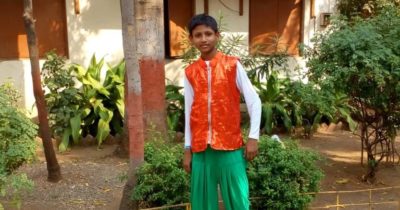 Azim, a 14 year old boy, who used to roam aimlessly and had started getting indulged with teen mafias of Kalakhadak slum. His father is a labor having 2 more kids with no future. Due to depression his father started consuming alcohol. In 2017 SNEH project Gyan at Kalakhadak started working on Azim and his little sister, Arsia. We not only brought Azim back to mainstream kids but also took him to participate in an Inter NGO sports event where he realized his real dream of becoming national level athlete in Long Jump. He started doing all possible things to realize his dream like saving money for a sports kit, constant practice, and he became less casual about studies too. This was enough to open his father’s eyes who has recently decided to quit drinking for his son. We cannot say whether his future would be bright or not but we can definitely say that he is no more aimless. We all wish a good luck to this champ