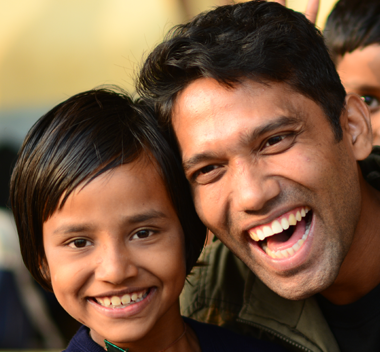 Amit Chauhan belongs to Lucknow, Uttar Pradesh. His recent qualification is B-Tech in computer branch. with an experience of 3.5 years in an MNC. He is fond of reading, running, playing basketball-football, watching movies, swimming, Drawing, travelling, and helping people.

Being the reason behind the smiles of little kids and their parents is something that inspired him to leave his well-paid job and he never regrets it. He’s currently working on Project Gyan at Kala Khadak, Wakad as a teacher with a small but strong team of 5 people working constantly on this project.

Earlier he and his team had the vision to reduce the dropouts of slum kids after 8th class but now they’ve raised the bar to make them enough strong so that in future they will support their family. To achieve the same they have designed the syllabus in such a manner that they will not just become an educated person but a moral one too. He respects all those people who are doing something for their society and he thinks that they are the unsung heroes. He strongly believes that “Well done is better than well said”.